Georg Jensen
0
0
Basket
The edges that shape you. Find your unique expression with the Nina Koppel-designed Fusion rings that can be combined in endless ways.
Fusion Collection 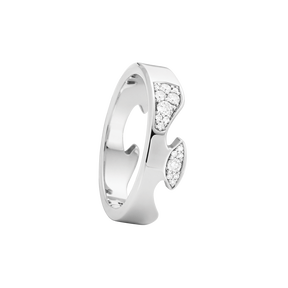 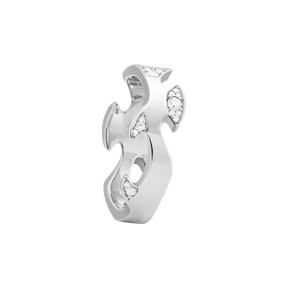 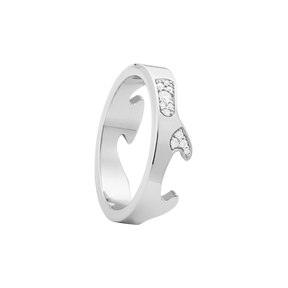 In the three-ring combination of the Fusion ring, sets of brilliant-cut diamonds are grouped together to form a pattern of diamond clusters, appearing like clouds on a radiant body of 18kt white gold. Giving life to a distinctive and stunning new design and pattern that seamlessly joins the Fusion collection of organic-shaped 18kt gold rings that can be stacked into countless combinations. The Fusion collection is based on the original design by Nina Koppel.

Build your own ring

Call +45 38 14 90 44
Reserve to collect and pay in store
Find a store below to pay and collect the product in store. The product will usually be ready for collection within two hours during store opening hours.
See all stores

Due to frequent store inventory changes, an item's availability is not quaranteed before you receive a confirmation email.

Due to frequent store inventory changes, an item's availability is not quaranteed before you receive a confirmation email.
Thank you for your reservation.

We will send you an email, once the product is ready for collection.

Nina Koppel studied textile design at Kunsthåndværkerskolen – Denmark’s School of Arts and Crafts. She graduated in 1966 and that same year established her own workshop. She began her collaboration with Georg Jensen in the 1980’s.

Nina Koppel studied textile design at Kunsthåndværkerskolen – Denmark’s School of Arts and Crafts. She graduated in 1966 and that same year established her own workshop. She began her collaboration with Georg Jensen in the 1980’s. Her initial designs centred around silver jewellery collections. In 1987, she designed the ring that eventually led to the Fusion ring, which ushered in a new way of thinking in modern jewellery. What made the Fusion ring stand out was the ability of the wearer to design it according to their tastes–red gold, yellow gold and white gold, with or without diamonds could be put together in any combination.

This was a departure in modern jewellery because it encouraged the wearer to take more of an active role in the design of their jewellery. Nina Koppel was known for her ability to combine simplicity with mysticism in a beautiful way. Her designs are intelligent; in the Fusion ring for example, each piece interlocks with the others seamlessly. Her talent did not come from nowhere – her father was master silver craftsman and long-time Georg Jensen collaborator Henning Koppel.

Sign up to our newsletter and get 10%* on your first order, receive updates on product news, great offers and special invites.

*The voucher code can't be combined with other discounts, promotions or exclusives and will expire in 30 days. Valid both online and in-store. Fine Silverware, giftcard and jewellery at special prices is excluded from the promotion.